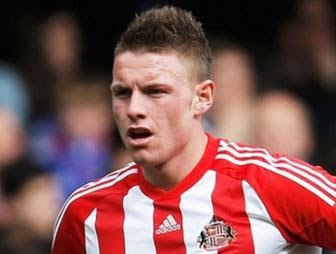 
The forward’s previous contract expired at the end of the current season, however the club were always confident he would extend his stay.

Key goals against Manchester City, Chelsea and Cardiff City helped keep Sunderland in the Premier League last season and Wickham has been a key figure in the starting XI of Gus Poyet’s side this year.

Speaking on the new deal, coach Poyet told the club’s website: “I’m delighted that Connor has committed his future to us for the next few years.

“After his contribution at the end of last year, he has continued to improve his football and become an important part of our team.

“He keeps learning, he is able to adapt to different positions up front and he is enjoying our philosophy of play so I’m really looking forward to keep working with him for the benefit of our club.

“I think it was very important to tie down a young English centre forward as there are not many around; this shows clearly the way this football club wants to progress.”

West Ham United had a £4million offer rejected by Sunderland for the striker in the summer and Wickham has repaid the faith shown in him by Poyet by signing a long term contract.