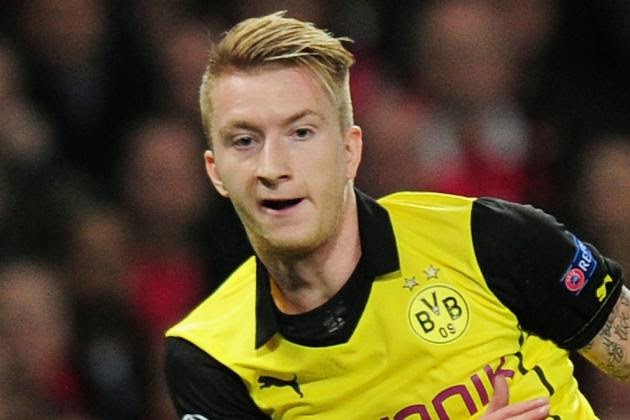 
Reus has been heavily linked with a move away from the club, with the likes of Real Madrid, Bayern Munich and Chelsea reportedly interested.

According to reports, Reus can leave Dortmund at the end of the season for less than £20million, due to the release clause in the midfielders contract.

“I believe that fundamentally Marco would love to stay here because he loves the city and he loves Borussia Dortmund,” Watzke told Stern magazine.

“But I’m sure the people who are interested in him moving will provide him with other arguments.”

In the last two summer transfer windows Dortmund have seen both Mario Gotze and Robert Lewandowksi leave for their Bundesliga rivals Bayern Munich.

If Reus were to leave, he would not be sold for financial reasons, Watzke has suggested.

“We’re aiming to build revenue to around 300 million euros by 2017/18, but that excludes transfers,” he added.

“That would mean we would be able to invest an additional 20 million in the team than we can now.”
at 8:14 AM
Email ThisBlogThis!Share to TwitterShare to FacebookShare to Pinterest
Labels: Borussia Dortmund, Bundesliga, bvb, Football rumors, Marco Reus