Kosovo gets the national team? The decision falls tomorrow in Zurich

Kosovo gets the national team? The decision falls tomorrow in Zurich 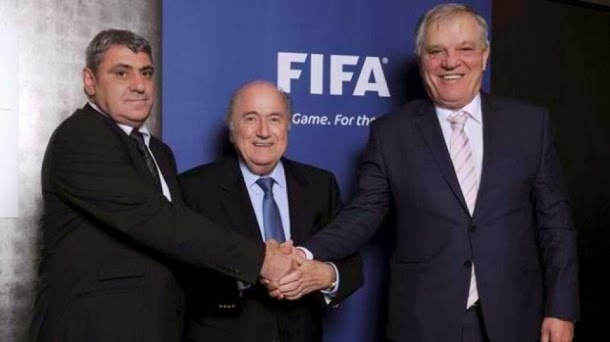 Leaders of the Football Association of Serbia, led by Tomislav Karadzic will tomorrow meet with Fadilj Vokri and Sepp Blatter at seat of FIFA

The decision on whether Kosovo's national football team will play friendly matches will be made probably tomorrow in Zurich. Karadzic and Vokri already talked with Blatter at the end of October last year.


"During the committee meeting, we talked about Kosovo. Decision on whether it will be the playing friendly matches will be made on 10 January 2014th year," Blatter said at a meeting of the Executive Committee of FIFA 6th December in the Brazilian Salvador.