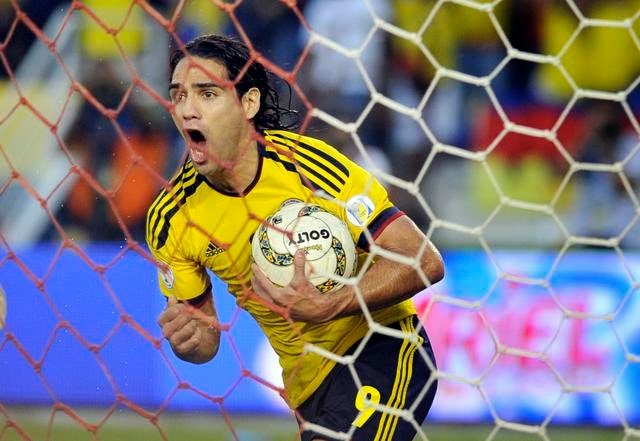 The 28 year old is currently on loan at Manchester United from his parent club AS Monaco. The striker though as struggled to recapture his old form and has been limited to substitute appearances.

This has led to the speculation that former Porto Man may not be in long term plans of Louis van Gaal and his move may not be made permanent.

The news has alerted Bianconeri and they want to add striker to the roster; whether they can afford him is a different matter.

Since moving to Europe in 2009 the striker has scored 156 goals in 206 games for his clubs in all competitions.
Writer: Himanshu Dhingra
at 5:05 AM
Email ThisBlogThis!Share to TwitterShare to FacebookShare to Pinterest
Labels: Football rumors, Juventus, Manchester United, Radamel Falcao, Serie A