Shurrle already all agreed with Chelsea 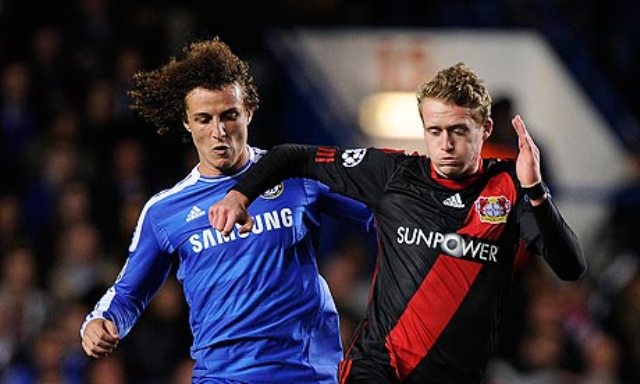 As find out German media midfielder Leverkusen Andre Shurrle achieved agreement in principle with Chelsea. Blues are willing to offer as much as 22 million Leverkusen to let Shurrle to relocate on Stamford Bridge.

Leaders Bayer should be on Friday to travel to London to arrange the transfer football player who, according to some announcements, should sign a five-year contract worth $ 50 million.

In this arrangement could be included midfielder Chelsea Kevin de Brujne, who played on loan at Verder, because Leverkusen seriously interested in the brilliant Belgian, who has repeatedly said he does not want back in London, brought to "Bay Arena".

Copyright 2013 enko-football permission to use quotations from this article is granted subject to appropriate credit being given to www.enko-football.com as the source
at 10:09 AM
Email ThisBlogThis!Share to TwitterShare to FacebookShare to Pinterest
Labels: Transfers