A new star in the Galaxy team: With this player Beckenbauer is no need to worry

A new star in the Galaxy team: With this player Beckenbauer is no need to worry 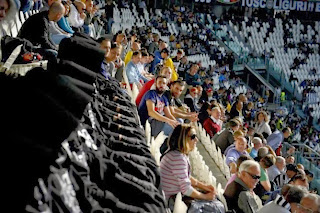 
England international and Manchester United striker Wayne Rooney, has joined forces with Samsung to help in the promotion equipment from the family Galaxy.

Rooney was chosen for a commercial in which a team called "Galaxy 11", which consists of the world's best players, test their strength with "aliens".

"It is a great honor to be in selected team among the best footballers in the world. I hope to contribute to their quality and the English spirit. Year 2014th will be very important for me when it comes to the club and representative career, and now there's the Galaxy team 11 "said Rooney.

Franz Beckenbauer in the next few days to discover the last member of this intrepid team.
at 10:02 AM
Email ThisBlogThis!Share to TwitterShare to FacebookShare to Pinterest
Labels: Franz Beckenbauer, Galaxy 11, mysterious circles, Samsung commercial, Team Galaxy, Wayne Rooney