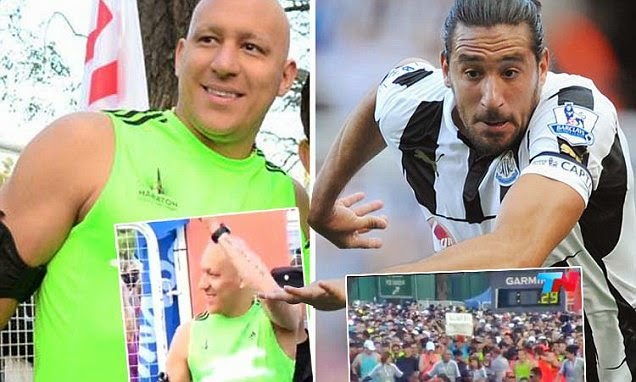 Jonas Gutierrez who defeated cancer, is set to return to Newcastle as he wants to say special thanks to the fans, as they stood by him as he fought the diseases


Skipper and countryman Fabio Coloccini reveals the winger wept hearing the Toon Army singing his name as he watched games on TV.

Toon skipper, close friend and fellow Argie Fabricio Coloccini revealed: “He’s told me he was very happy because he heard the fans’ songs on TV.

“During the first two or three games, he said he was crying. For him, it was very good. He’s finished his treatment, and we’re waiting for him to join us. Everyone wants to see him playing again and training with us.”

Jonas who left for his home country is eager to link up with his team mates, but faces a uncertain future as his contract expires come next summer.