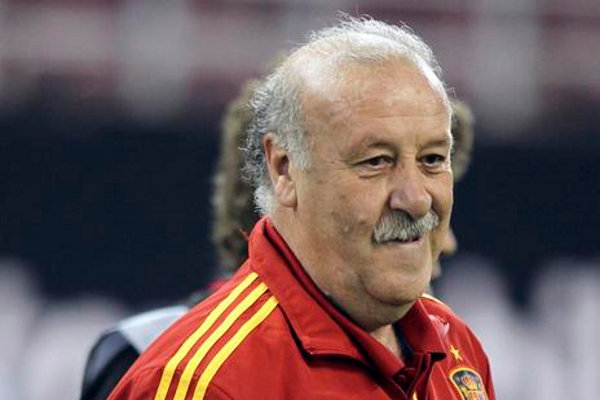 Del Bosque guided Spain to the 2010 World Cup and helped his country successfully defend their European Championship crown in 2012.

The former Real Madrid manager is currently rebuilding the squad after a poor 2014 World Cup campaign, which saw them exit at the group stage.

Spain were embarrassed by Slovakia in a recent qualifier, with Del Bosque coming in for criticism in what will be his last campaign in charge of the national team.

“In life, you cannot be absolutely sure about anything but it is my intention to continue until France 2016 and then leave,” Del Bosque told Spanish newspaper AS.

“In my case, the federation will make a smooth transition and my plan is to remain involved in football and with the federation.”

The likes of Xavi Hernandez, Xabi Alonso and David Villa all retired from international duty following the 2014 World Cup, meaning new players have been blooded.

Despite a slow start to qualifying, Del Bosque remains confident he can guide Spain to a third consecutive European Championships.

“Experiments with the national team are almost impossible as there is no margin for error,” Del Bosque added.

“We are helped by the players that we have but we are looking for more depth without losing defensive solidity.”