Kolasinac: "It is true, I have offer from Manchester United"

Kolasinac: "It is true, I have offer from Manchester United" 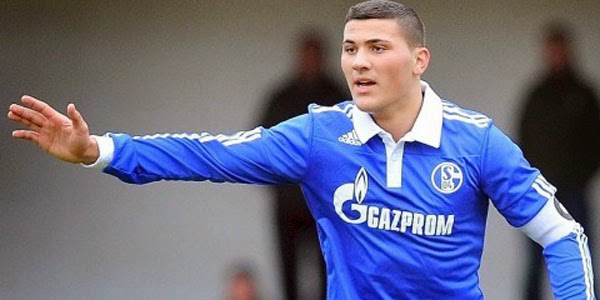 Manchester United for some time monitors Kolasinac, which they see as a member of the team from Old Trafford for next season.

Schalke two days ago occurred as official announcement, in which was not confirmed nor denied the allegations about the interest of Manchester United for Kolasinac.

However, in an interview with local newspaper "Dnevni Avaz" Kolasinac confirmed there is offer from Manchester United.

"It is true that Shalke and I get an official offer of Manchester United. At this point I do not want to talk too much about it, nor can I tell you something concrete. My manager also knows for an offer from England, and together we will review the situation and decide what to do next." said Kolasinac.

"I'm not going to rush and overnight bring decision. It is offer about which should be strongly considered. Of course and see what leaders Schalke say about it." added Kolasinac.

Before the offer came from England, the German "Bild" published a photograph showing the Kolasinac seen with a cigarette in his hand and drunk.

"It is a subject about which I do not want to talk. These are simply lies and assembly that have conceived target. Someone, obviously, to try to make with this a little more. None of this is true and I would not comment further." said Kolasinac for "Dnevni Avaz".