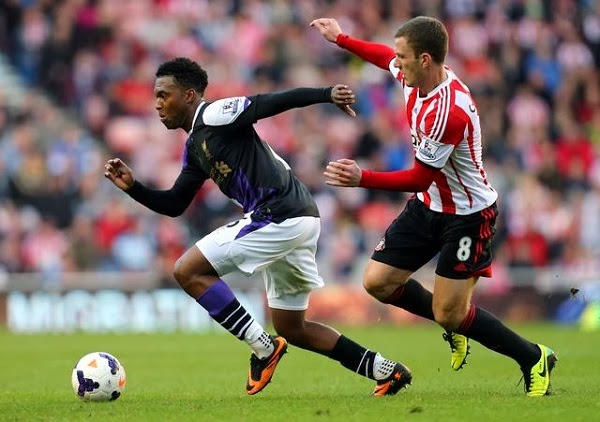 After successfully recovered from injury, Daniel Sturridge again hurt and will not play against QPR on Sunday


As a result of this new injury, Sturridge is likely to miss out at least two weeks of action, and in the worst case scenario, he could be on the sidelines for up to four weeks. He would not only miss Liverpool's away trip to QPR and Champions League double header with Real Madrid but could also miss England's Euro 2016 qualifiers.

Brendan Rodgers spoke about Sturridge's importance to the side earlier and his latest injury will only add selection headache for the Reds manager.

Most importantly, he needs to make a strong decision - Whether to continue with Mario Balotelli as a lone striker (a roll of the Italian striker is not comfortable with) or play the diamond using either Fabio Borini or Rickie Lambert as a second striker.

Liverpool have struggled badly in the absence of Sturridge, having won only one match, a 2-1 victory over West Bromwich Albion two weeks ago.

In his absence, Liverpool's creativity and goals have dried up. Most importantly, Liverpool have looked like a club without a structural identity. Balotelli has struggled badly as a lone striker, while Rodgers is not keen to use diamond with Borini or Lambert up front either.