Germany and Brazil first semifinal couple of the World Cup, finished championship and for Neymar

Germany and Brazil first semifinal couple of the World Cup, finished championship and for Neymar 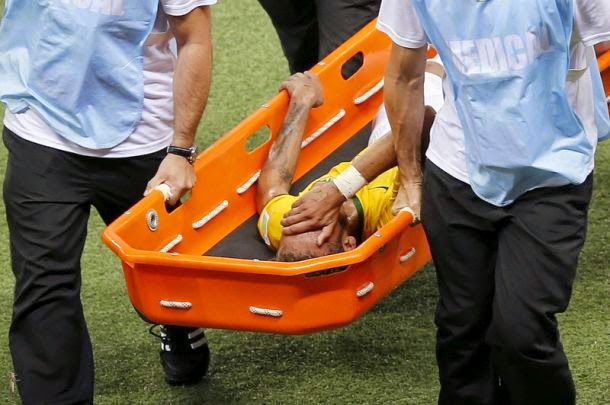 Known is the first semi-final couple Mundial in Brazil. This is a national team of Germany which was eliminated a great rivals France. On the other side will play host Brazil who defeated Colombia

Germany's Mats Hummels goal from the thirteenth minute beat France with a minimum 1:0 and so for the fourth time in a row, was ranked in the semifinals.

After two solid opportunity Frenchman led the Germans. In the 13th minute for 1-0 scorer was Hummels. The action began Kroos who performed a free kick, and Hummels distanced himself from Varane and over his head scored the ball into the goal.

Although the French by the end of half had a few more opportunities, particularly noted Benzema at half time goes with a minimum advantage of the Germans.

Coaches at halftime nothing changed in teams. The meeting was opened and in the second half. The French were still closer to the goal and had the initiative, but the Germans were not without chances, but the result is not changed.

Thanks to two goals from center-back, Thiago Silva and David Luiz, Brazil in the quarterfinals of the World Cup win against Colombia, and thus qualified for the semifinals, where it awaits a duel against Germany.

Brazil is much more decisively and aggressively moved into the match, and that them have already paid off into the seventh minute, when Neymar took a corner and the ball fell into five meters, and on the other tripods fastest was team captain Thiago Silva.

Brazil is in continuation of the first half was better and more specific team, and the two best chances failed to realize Hulk, while Colombia is somewhat managed to balance only in the finale of the first half.

Colombia is in second half, played something better, but again the first to goal arrived Brazil, and this with great goal David Luiz from free kick almost thirty meters in 69 minutes.

Colombians are back in the game in the 80th minute, when James Rodriguez turned penalty  in a score , which was awarded after Julio Cesar made ​​a foul on Bacci.

Bad news for Brazilians are that Thiago Silva will miss the semifinals earned his second yellow card, and fact that is Neymar in the final of the match helped off the pitch on a stretcher after he got a boner.