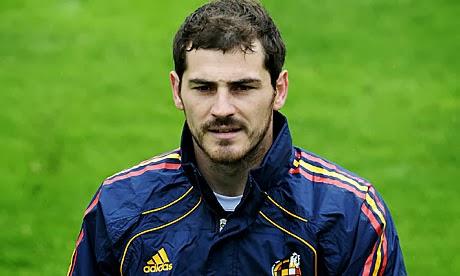 Even when is not a priority, the legendary captain and goalkeeper of Real Madrid Iker Casillas (32) breaking records

In the first quarter-final duel against Espanyol Copa del Rey (Real Madrid win 1-0) Casillas has set a new personal record in minutes without recieved goal. There are even 592 consecutive minutes his network untouched. The previous record he the Spanish national team player, writes Marca, was 520 minutes.

Certainly one of the issues that are constantly repeated is whether Casillas next season suffer reserve status, or whether to stay at the Santiago Bernabeu.


"I am pleased with my games. I do not have injuries, form are slowly coming back and catch former level. Feel good, and questions about my future are boring.I am happy at Real Madrid and it's clear to see myself here next season," said Casillas.