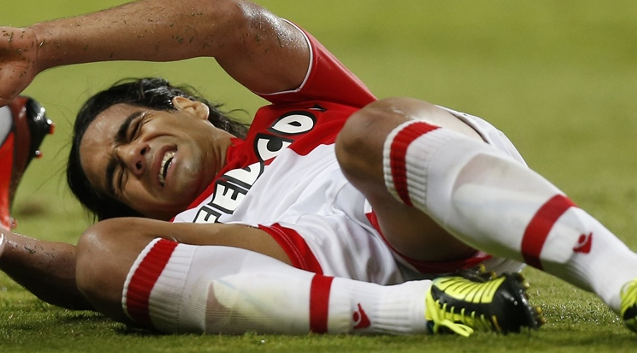 Today it is played part of the matches sixteenth finals of the French Cup where, as usual, there was no lack of surprises

Monaco is routinely performed work at Monts Or Azergues. They won 3-0 with a goal by Radamel Falcao and two Emmanuel Riviere. Otherwise, up to 63rd minute was unstable 1-0 for guests, and then within ten minutes Riviere scored twice and solve the game.

But all this is overshadowed by serious injuries Falcao who is dangerously rushed by home defender. Are injured knee ligaments Colombian football player who left the field on a stretcher, and at this point question is how long Monaco and Colombia lost this great scorer.

Lyon struggled to celebrate four Ligas Yzeurea 3-1. However, fifteen minutes before the end the host had 1-0. But when it got tough, Lyon arrived to score three goals within just nine minutes, and the scorers were Briand, Gourcuff and Malbranque.

The big surprise is defeat Bordeaux at amateur Rousse Monticello. In 120 minutes Bordeaux failed to score a goal, and then lost with 4-3 shootout roulette.

Dropped out and the prominent Toulouse from lower ligase Moulins. Domestic hero was Da Silva who scored both goals, and turned 0-1 into 2-1.

Montpellier is at Nobles Park wins PSG 2-1 and created a big surprise of the French Cup. The visitors took the lead in the 20th minute by goal Congrea and evened the Cavani ten minutes later. Montano is in 69th minute scored a goal for a major victory Montpellier.