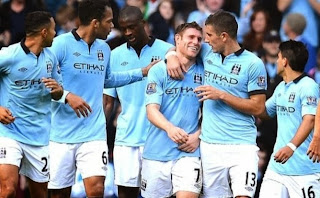 After the media published information that Besiktas finished almost all about bringing the Brazilian "wizard" Ronaldinho, today news appeared that they are interested in another great player

In fact it is a defensive player of Manchester City and the English national team player Joleon Lescott.

That this information is really true, confirmed agent of football player who plays as a stopper, and pointed out that the Turkish football club ready to offer better financial terms than those which Lescott has in the City.

The fact that goes in favor of Besiktas is that the City has three quality stoppers so that Lescott is only the fourth choice of Pellegrini.

If both sides manage to agree about Lescott transfer to Turkey should show no later than seven days.