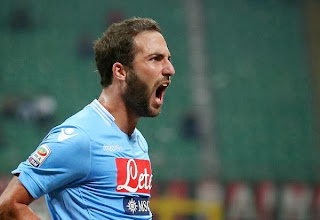 Chelsea manager Jose Mourinho wants to renew cooperation with its former player from Real Madrid and thus solve his problems in attack, according to the mentioned source.

ESPN even claims that the London team has already sent an offer worth $ 50 million, which was rejected by the management of the Italian football club.

However, the same source claims that Roman Abramovich is ready to support Mourinho intending to bring to Stamford Bridge Argentinian, and that in the coming days for him to save the second, improved offer.

However, Napoli insists that Gonzalo Higuain, a footballer who has arrived in Italy last summer, is not for sale.