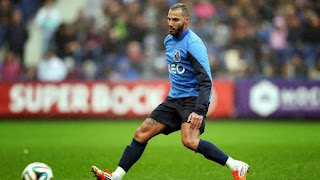 Porto fans had the opportunity to attend the first training of the 2014th year and 10,000 supporters champions of Portugal welcomed the returnees to "Dragao" Richardo Quaresma

Ricardo Quaresma did on Wednesday first practice with his new-old club, and on this occasion him provided support 10,000 fans Porto.

Once the great hope of the Portuguese football returned to the club after odyssey through Europe and Asia as a free agent.

Quaresma was officially introduced as the reinforcement of Porto but he began to train with the team and very likely will sign a contract with the "Dragons".

Porto fans have given him and other football players support during the first working day of the 2014th , and Porto soon continues to fight for the leading position of the local football championship.


On the table leads Sporting with 33 points, Porto is the second with the same number of points as there are on the third place Benfica.