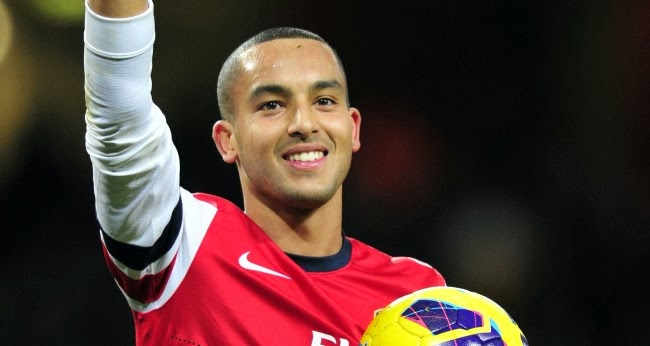 The big spenders could be set to table a huge bid worth £34m for the 24-year-old forward, as per The Daily Mail. The talented English international who has not featured for the Gunners since September due to an abdominal injury, is believed to be content with his stay at the Emirates.

Monaco who have acquired the signings of several high profile players in Radamel Falcao, Joao Moutinho, James Rodríguez and Ricardo Carvalho, are considered as one of the top favourites to clinch the Ligue 1 title this season.

It will be interesting to see whether Monaco could lure Walcott to the Stade Louis II, considering Arsenal's tendency to release their star players for a reasonable transfer fee.

at 6:11 AM
Email ThisBlogThis!Share to TwitterShare to FacebookShare to Pinterest
Labels: France, Rumors, Transfers