Kevin Muscat is the new coach of Melbourne Victory

Kevin Muscat is the new coach of Melbourne Victory 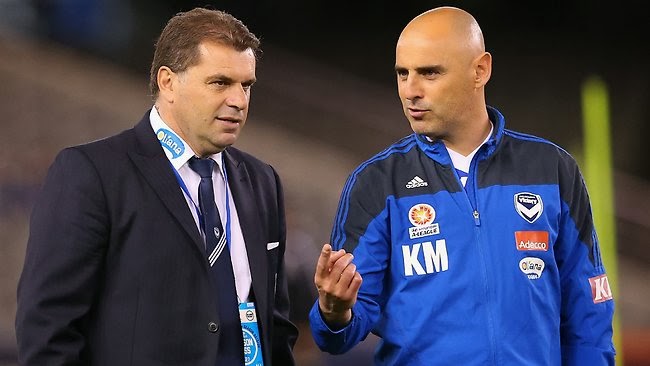 The 40-year old former Victory skipper has taken the reins from Ange Postecoglou who was last week named the new manager of the Australian national team.

Muscat, whose playing career took in spells with Crystal Palace, Wolves, Rangers and Millwall, was delighted to be appointed to the role and feels he is now ready to take control of the Victory after serving the past few years as assistant coach.

“This is obviously a really exciting opportunity for me and one that I feel I’m ready to take on at this stage of my career,” Muscat said.

“Ange demanded a lot and gave me a great deal of responsibility when I was his assistant – something that I believe has definitely prepared me well for the top job.

“Melbourne Victory plays, and will continue to play, a certain way and the fact that I’ve been heavily involved in the implementation of our structures and philosophies is really important considering we’re now a month into the season.

“I’m lucky enough to have achieved plenty of success here as a player and it certainly does spur me on to want to enjoy that same feeling now as a coach.

“I’m very confident that as a club, we’re headed in the right direction and I’m looking forward to playing a big part in Melbourne Victory’s future successes.”