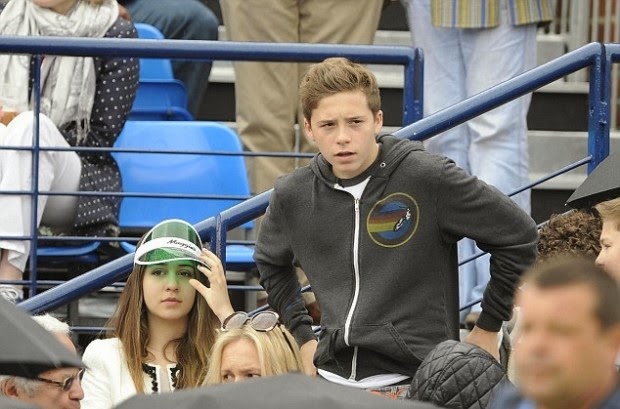 In the English football giants Manchester United will soon would again play one Beckham. The eldest son of club legend David Beckham came to the test in United's Academy

Brooklyn Beckham (14) in the same age at which his father was when he came to United. However, according to the Guardian, the boy will have to prove before gaining a place at the academy Red Devils.

Brooklyn has trained in the youth academy LA Galaxy at the time while his father played for the Californian club. Later was briefly in Chelsea, after which he moved to QPR. In the Manchester United came on Thursday, and the next days will do a few more training before academy managers decide whether to give him a chance.

And Beckhams 10-year-old son Romeo is reportedly a talented footballer, and on him already wants Arsenal.