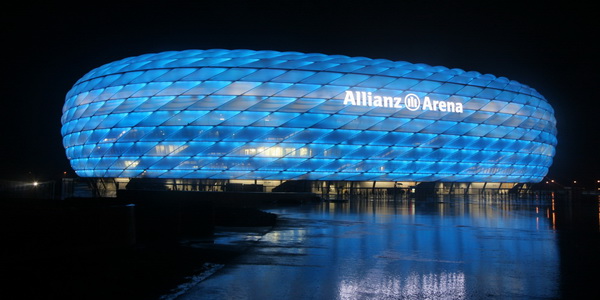 In order to their players and fans to fulfill their religious duties, the German giant Bayern Munich made ​​a decision to build a mosque at the Allianz Arena.


The request was sent Franck Ribery, who asked little room for players to be able to pray, and after numerous requests from fans, mostly of Turkish origin who lives in Munich more than 200,000, Bayern decided to start the construction.

As stated, the club will fund 85 percent of the cost, and 15% of the players and fans.

Founded in 1900. year, Bayern Munich is the most successful club in Germany. His first title won 1932nd

Bayern is not the first European club that build mosque for Muslims to its players. First they did in Newcastle.
at 12:52 PM
Email ThisBlogThis!Share to TwitterShare to FacebookShare to Pinterest
Labels: Alianz Arena, Bayern Minchen, Europe News, mosque at stadium, Stadiums