This is the 10 most expensive players of the season

This is the 10 most expensive players of the season 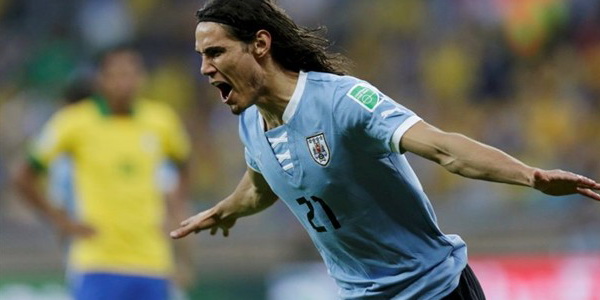 
While the end of summer, we are still waiting megatransfere like Suarez and Gareth Bale, at top tier of the most expensive signings this summer are South Americans: Edinson Cavani and two Brazilian and two Colombian, Falcao and Rodriguez, and Neymar and Fernandinho.

1. Edinson Cavani, 26 attacker
Transferred for 64 million euros from Napoli in the PSG
When in the 41 matches in Serie A and European leagues score 36 goals, and thereby you do not have at your disposal behind playing machinery like the one from Real Madrid or Barca, then you know you are good. How is he important for Napoli, says enough and that their president did not want to even talk under mentioned numbers, and Cavani is with this transfer became the most expensive player who did not joined the Real Madrid.

2. Radamel Falcao, 27 attacker
Transferred for 60 million euros from Atletico Madrid in Monaco
Deadly Colombian is probably the best 'pure nine' of the world. Center forward a bit old school, which will take advantage of every opportunity that he had in the penalty area, but it is equally deadly in and around it. He has a good shot from distance, scores and head, and knows to dribble past players. Complete striker who would certainly have been the top scorer Primera when he would not play football aliens Messi and Ronaldo. The player who can always guarantee 30 to 40 goals for his team in the season.

3. Neymar, 21 attacker
Transferred for 57 million euros from Santos to Barcelona
Anyway developed this summer, it's hard that we will see transfer that would cause greater fanfare than this. Lionel Messi in attack company will be the player for whom all Brazilians believe that it may be more than three seasons consecutive Ballon d'Or, which has at the recent played Confederations Cup once again showed all the his rich talent. Neymar is in Santos was the alpha and omega, the player around which everything revolved, so it remains to be seen whether in Barcelona will be able to assume the role until the other man.

4. James Rodriguez, 21, the attacking midfielder
Transferred for 45 million euros from Porto in Monaco
Young Colombian this season turned into a key player on his team, which at the end won the Portuguese championship and reached the round of sixteen of the Champions League. It is a true example of a player with a deadly left foot, which is always ready with powerful shot to threaten goalkeeper, and lightning dribbling pass defender. Usually plays as a right-wing attackers, but can be customized at position of the classic '10 ' as well as on the left wing.

5. Fernandinho, 28, a central midfielder Transferred for 40 million euros from the Ukrainian Shakhtar in Manchester City
Amazing high compensation for Brazilian who has not played in the best leagues only proves the City needed a player that is capable from the center of midfield to control the tempo and create a game. It will be a primary task Fernandinho in order to City got on the flow ball and the stopped so rely solely on the quality of its individual stars. If should Fernandinho do that, neither this cost would no longer be astronomical.

6. Asier Illarramendi, 23, defensive midfielder Transferred for 38 million euros from Real Sociedad in Real Madrid
A player who by its characteristics incredibly reminds on Xabi Alonso, also the child of Real Sociedad. The young man is already on the ground acts as a 'midfield general', and will definitely get the chance, because it is not known when the injured Alonso returns to the field. His compensation was 30 million euros, but the Real is added and eight million, and thus pay the tax share of the pie instead of Sociedad.

7. Mario Götze, 21, the attacking midfielder
Transferred for 37 million euros from Borussia Dortmund in Bayern
Bayern activated indemnified clause in his contract, and the impression is that they are relatively cheap passed. Götze is only 21 years old and already one of the best players at his position, and with it's built player besides enormous offensive potential plays responsibly in the defense.

8. Isco, 21, the attacking midfielder,
Transferred from Malaga to Real Madrid for 30 million euros
The last argument in its favor Isco has expressed a great match at the European U21 Championships, where he with Thiago was the best player mentioned tournament. In the Real Madrid will join a very strong offensive line, and it is assumed that he could play on the right side where it has been Di Maria.

9. Henrih Mhitarjan, 24, the attacking midfielder,
Transferred from Shakhtar in Dortmund Borussia for 27.5 million euros
The figures speak for themselves! In the not at all weak Ukrainian Championship celebrated last season with 25 goals from 29 matches, and thereby was a major offensive force Shakhtar, while plays in the middle. This would an Armenian, how he can play, could be the right replacement for Mario Götze.

10. Joao Moutinho, 26, a central midfielder,
Transferred from Porto in Monaco for 25 million euros
For years, the main lever of midfield Porto and the Portuguese national team, Moutinho is a player of similar costs as we are sized like Xavi or Pirlo. Although still not reached their size, Moutinho remains perhaps the best point guard withdrawn after the aforementioned duo.
at 12:43 AM
Email ThisBlogThis!Share to TwitterShare to FacebookShare to Pinterest
Labels: Transfers