Ancelotti: "We have to change something"

Ancelotti: "We have to change something" 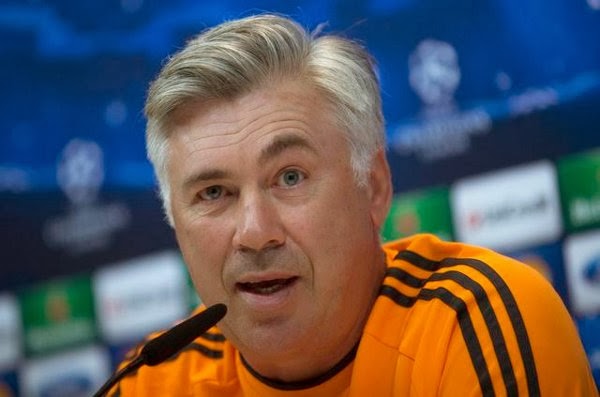 Real is in yesterday's match with Rayo marked a new championship victory, but falls in a play this team again stabbing eyes supporters of the royal club.

How could it not, when the Real for the second time in just three days, managed to receive five goals.

Against Sevilla this failure could have somehow condone football players Real Madrid, but now Ancelotti after a disastrous game in defense against Rayo Vallecano said his team must as soon as possible to improve play in the last line.

"And we had against Sevilla 3-0, but we allowed them to return into the match. Similar things have happened tonight and it is no coincidence. We have to change something. I'll will talk to players in private, not here because I'm not happy after everything that happened last night, "added Ancelotti.

Ancelotti will have as soon as possible to correct the mistakes in the defense of his team, because on Tuesday is expected duel in the Champions League against Juventus which will certainly punish any failure in the last line of the royal club.
at 9:15 AM
Email ThisBlogThis!Share to TwitterShare to FacebookShare to Pinterest
Labels: Carlo Ancelotti, Premiere, Real Madrid