WC U-17: Mexico in the semifinals, Brazil is going home

WC U-17: Mexico in the semifinals, Brazil is going home 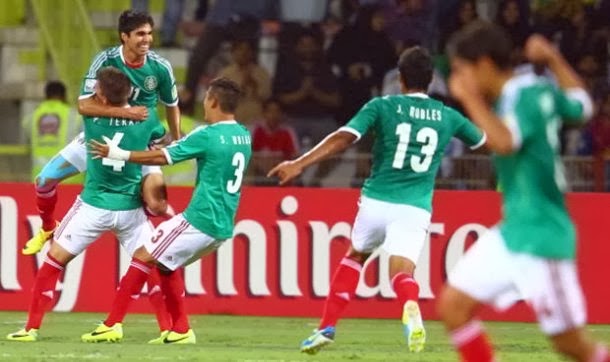 Participant in the semi-finals was decided after a long series of shoot-outs in which Mexicans were better.

Brazil made a fantastic start to the competition, breezing through the group stage and qualifying with nine points, scoring 15 goals and conceding only two. It was by far the best campaign of any team in the opening phase, and in the Round of 16 against Russia, after a tricky opening 45 minutes, they turned on the style in the second half and won 3-1.

Against Mexico, however, Alexandre Gallo’s team could not repeat the trick. The absence of Boschilia was sorely felt, not just his goals, which had put him in the race to be the competition’s top scorer, but also his link-up play. But perhaps not even the Sao Paulo player would have made a difference against a well-organised Mexican team that battled hard and defended resolutely throughout the game. After all, Nathan’s life-saving equalizer came just five minutes from the end.

However, how they have come to the semi-finals, it's just the story. See all the penalties of this long series, and cream comes at the very end: