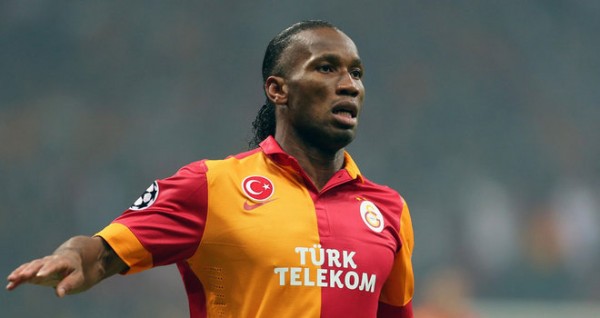 Just like the last and this football season in Turkey opened Galatasaray and Fenerbahce. Great rivals forces are admeasured within Super Cup


Final victory celebrated chosen Fatih Terim, who were successful only after 120 minutes of play.

As expected the match was brought a lot of nervousness, and the meeting was seen as many as eight yellow cards, and in 63rd minute second yellow card and automatic red earned Bruno Alves after slicing down Drogba.

Detail who decided the winners took place in 99th minute, and once again the center of attention was Didier Drogba. Excellent attacker jumped brilliantly and a head knock the ball into the net helpless Demirel.

By the end of extra time did not change, and so Galata reached their first trophy of the season.

at 1:28 PM
Email ThisBlogThis!Share to TwitterShare to FacebookShare to Pinterest
Labels: Turkey