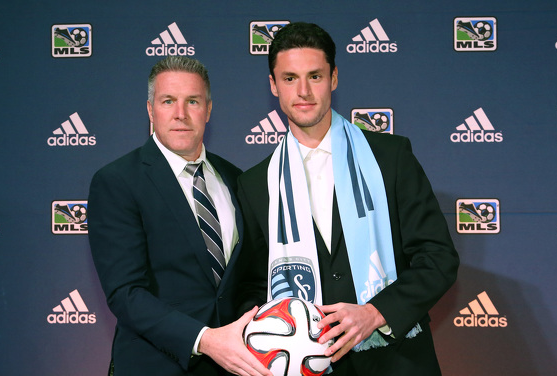 Adnan Gabeljić, footballer originally from Bosnia and Herzegovina, elected on draft for a new member of the champions MLS league, Kansas City

Kansas City was have chosen Gabeljić at the recent football draft as a student of the University of St. Louis in which was successfully played and today's national team player of Bosnia and Herzegovina Vedad Ibisevic.

Gabeljić by vocation is striker, tall 191 centimeters who can play on the wing positions. As he said at the ceremony the draft, this is the club in which he wanted to go and was therefore overjoyed.

"I realized my dream. This is one of the most beautiful moments in my life," said Gabeljić after the draft which was held in Philadelphia.


The new acquisition is overjoyed and manager of the MLS champions, Peter Vermes, who in his team already has several attackers. But, how he says, he wanted a different player in the attack.

"He is differs from other attackers that we have.He is tall and strong player, especially in a duel," said Vermes who added that he still has not decided whether it will Gabeljić sent on loan or to keep it in Kansas.

"Our philosophy is based on the fact that you do not apply pressure on new players or to give them deadlines to prove. We want to give them a chance to progress as players and to understand the style of our game," added is manager of Sporting Kansas City.


The 21-year-old player spent the past four seasons at the club from St. Louis, where is scored nine goals and enrolled seven assists.