They pay fans to not offend opponents

They pay fans to not offend opponents 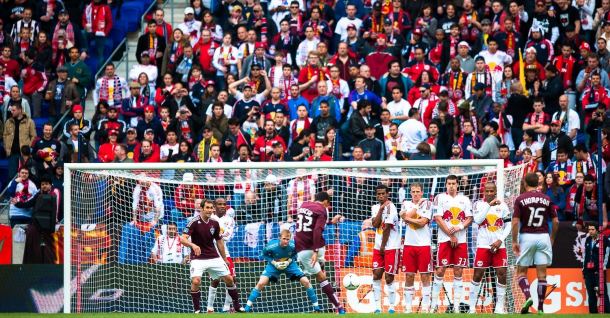 
In the MLS league are often insults of opponents, which is very punishable. In New York, they came up with the idea of paying their fans for cheering correctly.

The three biggest fan group Red Bulls will receive $ 500 for each match without insult. Suddenly they will be paid $ 2,000 if four games in a row succeed not insult players of other club.

New Yorkers believe that in this way get fair play in their stadium and that will stop the negative trend.

at 8:59 AM
Email ThisBlogThis!Share to TwitterShare to FacebookShare to Pinterest
Labels: MLS news