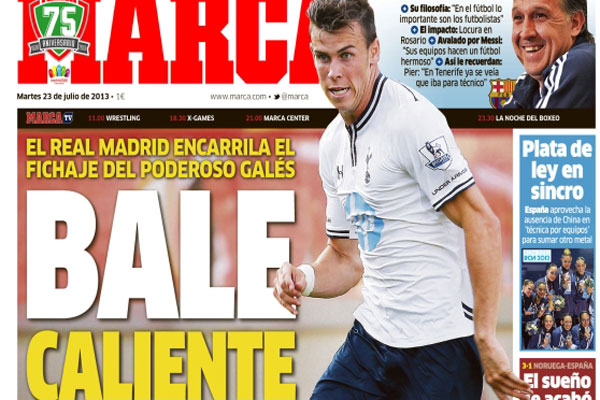 
As stated by the aforementioned newspaper Welshman has reportedly already announced administration of Tottenham he wants to go and that will transfer to be completed during a meeting in Los Angeles.

If it turns out that this information is accurate the best player in the Premiership in last season will with Los Blancos sign a six-year contract worth $ 10 million per season.

Transfer fee would amount to 85 million euros, and the same would be included and Portuguese Fabio Coentrao.

at 12:50 AM
Email ThisBlogThis!Share to TwitterShare to FacebookShare to Pinterest
Labels: Rumors