Can the Germans to overthrow Messi?

Can the Germans to overthrow Messi? 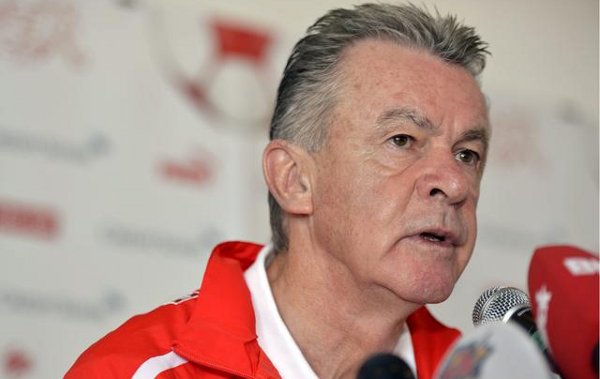 Otmar Hitzfeld believes that this year a player from Bayern Munich and Borussia Dortmund could receive the Ballon d'Or, and so removed Messi from the throne.


Messi in the last few way related award for best player in the world by FIFA.

Swiss believes that this year it could be Levandovski, Gotze or Thomas Miller.

"Players Bayern and Borussia Dortmund have the chance to win a trophy designed the best player of the world. Champions League champions will be definitely an important moment," said Hitzfeld.

"Tomas Miller was impressed me its games this season. He has developed into a great player. Same case is with Robert Levandovski," he added.

Matias Zammer, Bayerns sports director, is the last Germans who won this award, and it happened 1996th while playing for Borussia Dortmund.
at 6:19 AM
Email ThisBlogThis!Share to TwitterShare to FacebookShare to Pinterest
Labels: Europe News