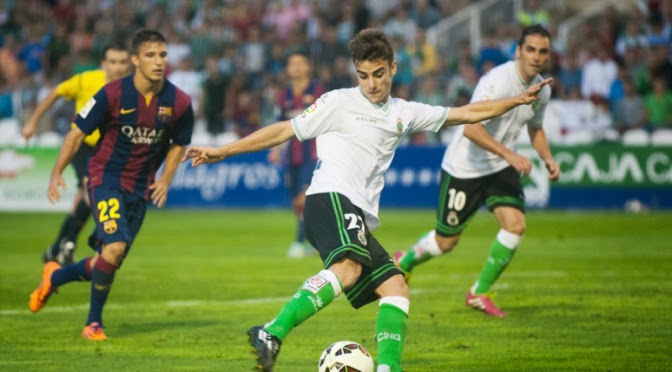 
The deal for the youngster should be completed in January although the player will immediately be loaned back to Spain. 18 year old Concha is a striker who can also play as a winger. He has also been called in the Spain U-19 and has been capped three times.

The forward has so far made 23 league appearances for the Highlanders since making his debut in a 1-0 victory over Logrones. This season he has scored two and has assisted in three goals.

It has been reported that the player’s representatives were at St. James’ Park in December to have a look at the facilities and also attended the game against Sunderland in which the Magpies succumbed to a 1-0 defeat.

Should the deal go through Concha will become just the second Spaniard on Magpies’ books after the arrival of Ayoze Perez from Tenerife in the summer.

The Club from North-East look are looking to sign promising youngsters after it was reported that the club had won the race for highly promising midfielder Dele Alli from League 1 club M K Dons.