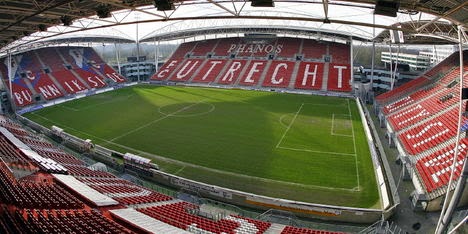 
The perpetrator was dressed all in black and had a mask on. The police are looking for the robber and have circulated a description of him.

This is what the General Manager Wilco van Schaik had to say to NOS, "We are on track to be financially sound and if you are deprived of money that you've earned hard like this, we are there quite touched by it. No matter how much it was [Stolen money], for FC Utrecht every euro is important."

It is believed that the club lost 100,000 euros that they had earned from their recent friendly against Bundesliga team Borussia Dortmund.

at 2:14 AM
Email ThisBlogThis!Share to TwitterShare to FacebookShare to Pinterest
Labels: Eredivisie, FC Utrecht, Scandals, Utrecht