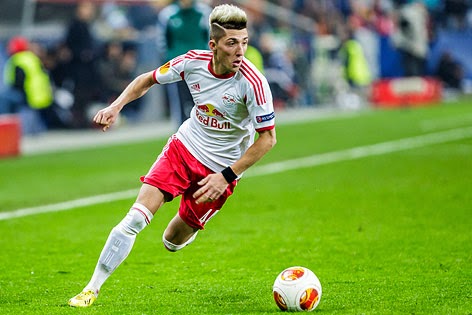 The 24 year old winger will sign a five year contract with the German team when the transfer window reopens at the beginning of next month.

Kampl has made 72 league appearances for the Austrian Club since moving in 2012 scoring 18 goals in the process.

This is what sporting director Michael Zorc told club’s official website about the impending signing,

"Kevin Kampl is a versatile attacking-midfielder, who we have been observing for some time”

"His style of play fits in perfectly with our own."