Can Mourinho write off ‘invincible season’?

Can Mourinho write off ‘invincible season’? 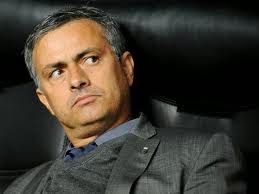 
After Chelsea’s incredible start to the season, many feel that Mourinho’s men can go the whole Premier League campaign without defeat on route to the title.

A 0-0 draw away to Sunderland on Saturday was just their third dropped points off the league season and Mourinho believes the attacking mentality of the team will see them lose this season.

“If you play for that, if that is one objective, maybe you draw so many matches, you don’t take risks to try and win matches. You are happy just to be undefeated.

“If you get 10 draws, you get 10 points. If you win five and lose five, you make 15 points. We are going to play matches to win. And, sometimes, we will lose. I’d prefer 15 points and lost matches than 10 points and being undefeated.”

Champions Manchester City cut Chelsea’s lead to six points at the top of the Premier League last weekend, after they recorded an impressive 3-0 win away to Southampton.

Despite their lead being trimmed, Mourinho insists he isn’t worried, with sides up to 15 points adrift of Chelsea still in the title race.

He said: “We don’t put ourselves in that position, of being arrogant to say we are going to win. We don’t do that. All we say is we’re playing very well, we are getting results, we believe in ourselves, we are very happy with what we’re doing.

“The measure of success in football is made by the trophies you win. We have to try to transform the quality of our work and performances into cups.