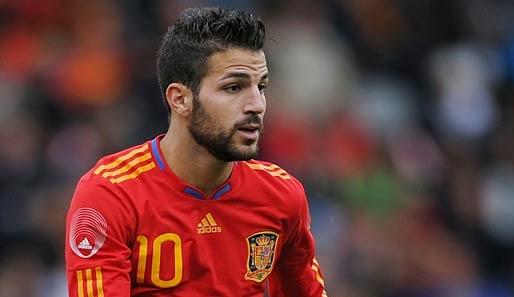 Chelsea midfielder Cesc Fabregas has reputed comments made by Sergio Ramos, questioning his commitment to the Spanish national team


Fabregas missed Spain’s 2016 European Championship qualifier with Belarus and a recent friendly against Germany through injury, despite featuring for Chelsea before and after the international double header.

Ramos suggested that Fabregas and his Chelsea team-mate Diego Costa, who also missed both games, had prioritised their clubs over Spain.

Fabregas though has insisted that isn’t the case and has claimed Ramos’s remarks angered him.

“Yes I felt that I was the one being alluded to and I already told Sergio what I thought,” Fabregas said on Spanish radio station Cadena Cope.

“It p—– you off when your commitment is questioned, of course it p—– you off. There have been a lot of matches and training camps I have turned up for without playing.

“I have made 94 appearances for Spain and for nine years I have always come, always. And with a smile from ear to ear.

“I said to Ramos he can call me on the telephone and say it to my face. I told him we have been playing together since the under-21s and there is no need to send messages in the media. But everything is fine.”

Fabregas also claimed that he is possibly playing the best football of his life, following his summer move to Chelsea.

His impact at Stamford Bridge has been huge since the move and the midfielder claims he is enjoying his role at the club.

“I have a lot of the ball and my confidence is growing,” Fabregas said. “I am playing a football with which I feel comfortable and in the position I like. I feel free.”

at 5:43 AM
Email ThisBlogThis!Share to TwitterShare to FacebookShare to Pinterest
Labels: Cesc Fabregas, Fabregas, National team of Spain, sergio ramos