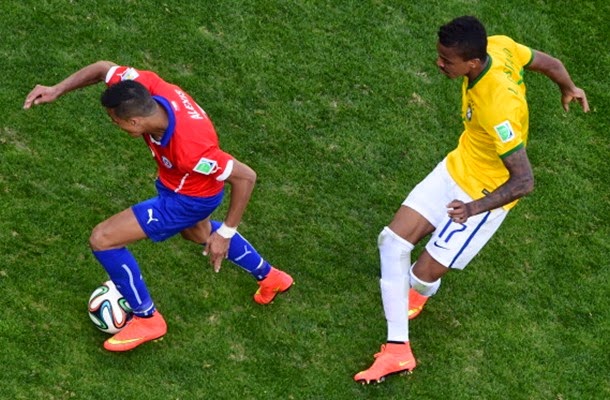 The draw for next year’s Copa America 2015, which will be held in Chile, occurred yesterday in Viña del Mar

The draw favored hosts Chile, while creating some interesting group stage matches. The Copa America is the oldest international continental tournament in the world, with the first one being held in 1916 in Argentina and Uruguay being crowned the first champions. The tournament was originally founded as the Campeonato Sudamericano de Futbol or South American Championship of Football. In 1975, the tournament adapted its current name of Copa America; this will be the tournament’s 44th edition. Uruguay are the defending champions and have won the most Copa Americas with an impressive count of 15 times.

The 12 team tournament pits the 10 South American countries that make up the CONMEBOL region along with two invited nations. This edition’s non-CONMEBOL countries participating in the tournament will be Mexico and Jamaica, countries such as USA, Costa Rica and Japan have been past participants. The tournament will be held June 11 – July 4, 2015 across 8 cities and 9 stadiums. Yesterday’s host, Viña del Mar, is scheduled to host three games including one quarterfinal match-up. The opening game and the championship game will both be played in the Estadio Nacional Julio Martinez Prádanos in Chile’s capital city, Santiago.

The hosts, Chile were seeded as the top team to head Group A, while Argentina and Brazil were awarded the next two top seeds to head Groups B and C respectively. From there the remaining nine teams were grouped into three pots and below is how the results went:

Chile will open up the tournament on June 11 v. Ecuador in what should be quite an emotional game as this will be the seventh edition hosted by Chile, only trailing Argentina’s nine and tied with Uruguay. Mexico’s coach, Miguel Herrera had mentioned that he would like to avoid playing Chile in Chile before the draw since his team already had to play Brazil in Brazil during the World Cup, unfortunately for him, his worst fears come true as Mexico plays Chile on June 15 in Santiago. Other interesting match-ups pit Brazil v. Colombia on June 17 in Santiago in a rematch of the World Cup quarterfinal matchup that Brazil won, but lost Neymar to injury on an aggressive play by Juan Cuadrado. Uruguay will not have Luis Suarez, due to his suspension, but will still be pitted against Paraguay in a Copa America 2011 Championship rematch on June 20. The top two teams from each group will advance to the quarterfinals, along with the best two third place teams.