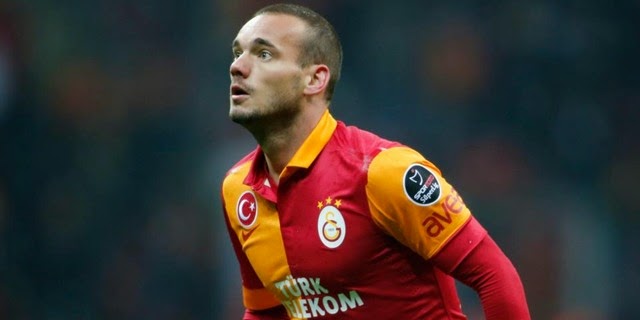 
Speaking to the Dutch newspaper De Telegraaf, Sneijder said, “It’s true that I did not get the money, Galatasaray are working hard to sort their financial situation.

“My management is in talks with the club over a solution.”

If reports are to be believed, Sneijder has gone three months without receiving payment which means he is entitled to leave the club on a free transfer.

The 30-year-old currently earns €3.2 million per-season and still has two-years left on his contract.

Sneijder joined Galatasaray from Serie A side Inter for €8.4 million.
at 6:24 AM
Email ThisBlogThis!Share to TwitterShare to FacebookShare to Pinterest
Labels: Galatasaray, Turkish Super League, Wesley Sneijder