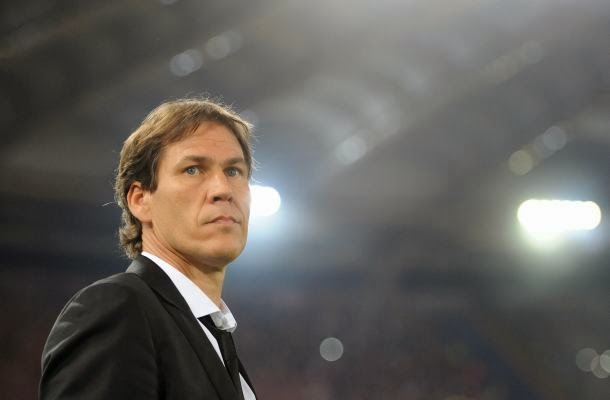 Bayern thrashed the capital club 7-1 as they turned the clock back to 2013.

The visitors had a blitzkrieg of sorts as they pumped in 5 goals within 36 minutes to kill any Roman hopes of getting a result.

Arjen Robben led the charge with a brace while Robert Lewandowski, Mario Götze and Thomas Müller found the back of the net once. Roma got a consolation via Gervinho but it spurred the visitors on.

Substitutes Xherdan Shaqiri and Franck Ribery also joined in the party to complete the rout. Roma's first defeat at home leaves them in third place in the group behind Manchester City who drew 2-2 in Russia.

"This was a tactical collapse. We were not aggressive enough and we allowed too much space to Bayern.I am guilty, it's my fault. The wrong strategy I set" said Garcia, adding:

"We have to accept this defeat. Lift our head and move on. Good news for us is drawn Manchester City. We must much better and there is no doubt that we will do so in the coming matches," said coach Roma.

Rudi Garcia’s side was completely demolished by the German champions and sit second in their group, two points ahead of English side Manchester City.

After the final whistle, Roma players made their way to the Curva Sud to thank their fans and were met with all their supporters fully behind the team with chants urging them to go on and win the Scudetto.
at 11:14 PM
Email ThisBlogThis!Share to TwitterShare to FacebookShare to Pinterest
Labels: AS Roma, Bayern Minchen, Champions League, Rudi Garcia, UEFA Champions League