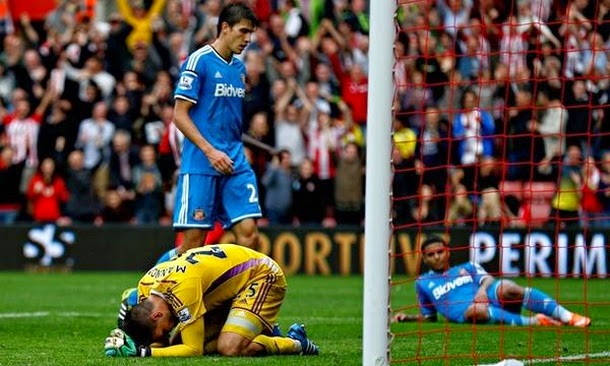 Vito Mannone spoke on Monday claiming he wanted to refund the fans and the clubs captain John O’Shea confirmed they will reimburse the Sunderland supporters.

“We win and lose as a team, players, staff and fans, however we wanted to acknowledge and thank the supporters who traveled such a long way to give us their backing and despite everything, stayed with us until the final whistle.” said O’Shea.

Grace House, a Sunderland-based charity, will benefit from refunds not claimed by 5 November.

After the match Sunderland manager Gus Poyet claimed the defeat was the most embarrassing in his football career, adding he learned a few things about some of his players.

The result was Southampton’s biggest in Premier League history and only one goal shy of the record for the division, when Manchester United thrashed Ipswich Town 9-0 in 1995.