Today, the last matches group stage of the World Cup

Today, the last matches group stage of the World Cup 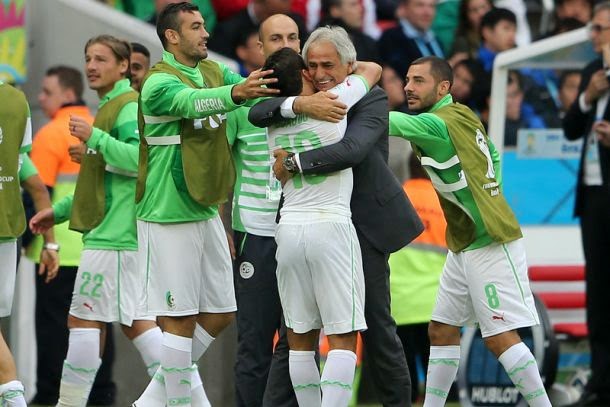 Fifteenth day of the World Cup in Brazil are scheduled third-round matches in groups G and H, with which will be completed competition by groups and known all participants eighth finals

In Group G from 18 hours to meet Germany and the United States, leading teams after the first two rounds. Both teams is enough to draw for further placement, considering it to have a three point advantage compared to Ghana and Portugal, who will seek first victory in the World Championship.

In Group H placement in the next round already secured Belgium that plays against South Korea. In the second match will meet Algeria and Russia, which will likely decide second passengers in the next round. Algeria after two rounds has three points, and Russia one, as well as the last-placed Korea.

"My feeling is that at this point we can write history. We seek passage further against big team like Russia," said Halilhodzic.

"I think this is the biggest game in the history of Algeria. A lot we talked that the generation of Algerian in 1982. Achieved a great victory, but did not go further. We have excellent players and technically we can show our talent on the field., We'll play the game with a lot of determination. We must attack and defend well, " he added.

However, Halilhodzic warns players to the Russians.

"I watched their qualifying matches, and their coach is one of the best in the world. Russians have more experience than us. Well prepared, have fast players, good technicians, excellent in defense and attack. This is a team of good quality," he concluded expert on the bench Algeria.