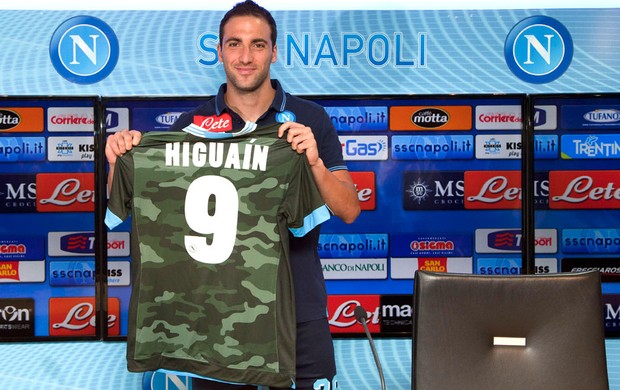 
"I am in London for the Emirates Cup. Tomorrow there will be a fantastic Arsenal-Napoli "wrote De Laurentiis on Twitter.

"The game will be hard-fought, the atmosphere electric. Rafa Benitez told me Higuain will play. Not from the start, but he will play. "

This will be Higuain's debut and come against Arsenal, the club that tried so hard to sign the striker from Real Madrid last month.

Napoli won the race with a transfer thought to be worth € 37.5m.

Captain Cannavaro also spoke at a press conference in London this evening.

"I have positive sensations. Players arrived who can give our squad an even stronger winning mentality, "said the defender.

"We are ready for an important season. With the change of coach we reset everything, so it was like starting from scratch. We have what it takes to go far."