Euro2016: Montenegro step away from the Euro, Austria celebrated in Moldova, the surprising defeat of Spain

Euro2016: Montenegro step away from the Euro, Austria celebrated in Moldova, the surprising defeat of Spain 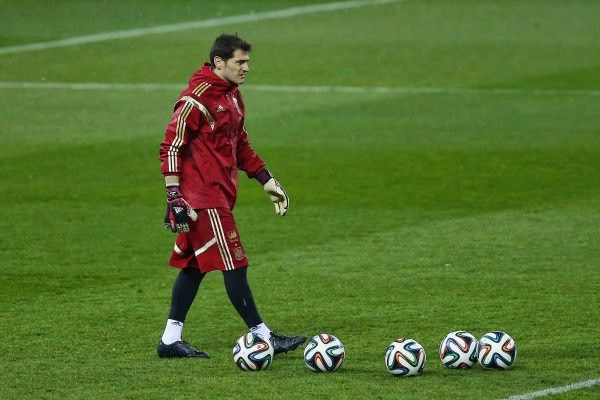 Besides the derby match of group between Sweden and Russia, within the framework of Group G played two more matches. First defeat of Spain in qualifying since 2006


In framework of qualify for Euro 2016, Montenegro football national team has performed in Liechtenstein where it was not even enough almost thirty shots to achieve the goal. They are well-defended domestic and finally succeeded in its intention to preserve their net. Result 0: 0 is certainly a big step backwards for Montenegro, which was opened qualifying for Euro 2016 with victory against Moldova.

Austria's victory in Moldova reached the fourth winning points in the group. Away team is into an advantage brought David Alaba from the penalty spot in the 12th minute. Fifteen minutes later countered Dedov, also from the penalty and thus set the halftime score.

In the second half, Janko hits in the 51st minute and so Austria brings valuable victory with which this selection remains on the best way to qualify for the European Championship. Stain on the good game Janko threw after 82 minutes when he received a red card. However, it did not cost his team that is kept result until the end 2: 1 and entered first win in qualifying.

Slovak football players tonight were prepared Spaniards something these have not experienced for eight years - qualifying defeat.

Since 2006, the last series of invincibility Red Furies, that spanned 36 qualifying games. The last defeat the Spaniards experienced on 7 October in Stockholm, Sweden when celebrating goals Aalback and Elmander with 2: 0

Since then went exactly eight years and two days and the series is interrupted. Slovakia's goals tonight Kucka and Stoch celebrated with a 2: 1 and so come to one of the biggest wins in the last decade.
at 12:10 AM
Email ThisBlogThis!Share to TwitterShare to FacebookShare to Pinterest
Labels: austria national team, Euro 2016, Montenegro national team, National team of Spain, Qualification for Euro 2016