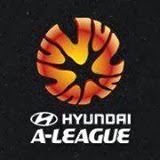 
Although they played the final game of last season (Grand Finale), Wanderers have the honor to play the first game of this season.

Last season was completed with the match of the Grand Finale at Suncorp Stadium where Brisbane Roar in front of the home crowd managed to celebrate after extra time.

Opponents of them were excellent Western Sydney Wanderers who will open the new season with the match with angry rival for the very top of the table. This match can be tagged as a derby of first round, because in the regular part of the last season difference between the two clubs was only one point.