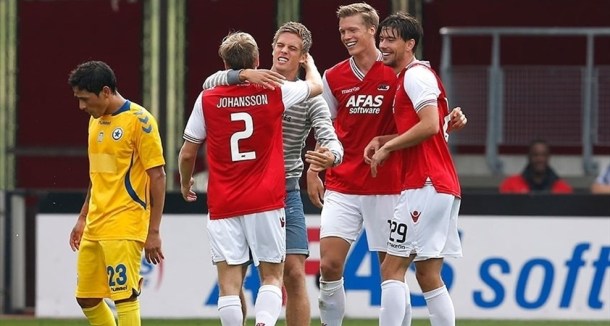 AZ Alkmaar have announced their annual takings for the past season with the club making a loss of €3.1 million


The loss has been credited to a decrease in transfer income over the past season, and could have been greater had the club not performed so well in the Europa League. The Alkmaar club were the last Dutch club standing in Europe before losing to Benfica in the Quarter finals.

The KNVB currently ranks clubs in categories of how financially stable they are, with AZ Alkmaar currently sitting in category three. However the losses could see them fall into category two which would mean more regulation from the Dutch FA will be needed.