Sexy girls and football, an ideal combination for the World Cup in Brazil

Sexy girls and football, an ideal combination for the World Cup in Brazil 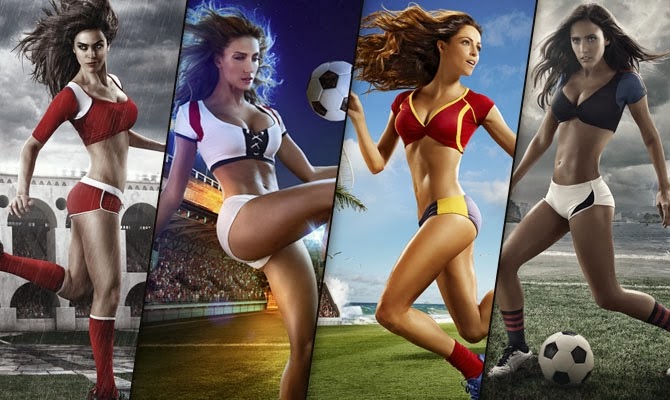 The famous American sports photographer Tim Tadder made ​​attractive calendar for 2014th year, and the theme was the World Cup in football that will be held next summer in Brazil

The World Cup is the most anticipated football tournament every four years. For 2014, the venue was Brazil and promises to be an unforgettable competition because sized players Lionel Messi and Cristiano Ronaldo will join, among many others, the best moments of their careers.

Photographer Tim Tadder during his successful career, is worked with numerous American sports stars like Michael Phelps Olympic recorder and the greatest stars of the NFL's Tom Brady.

To the meeting Mundial in Brazil, Tadder tried his hand at taking photos of attractive models who are dressed in the colors of the football national teams that will participate in the World Cup.

This is a calendar that combines attractive locations of Brazil and more beautiful girls who play football.

Here are the photos for all 12 months...