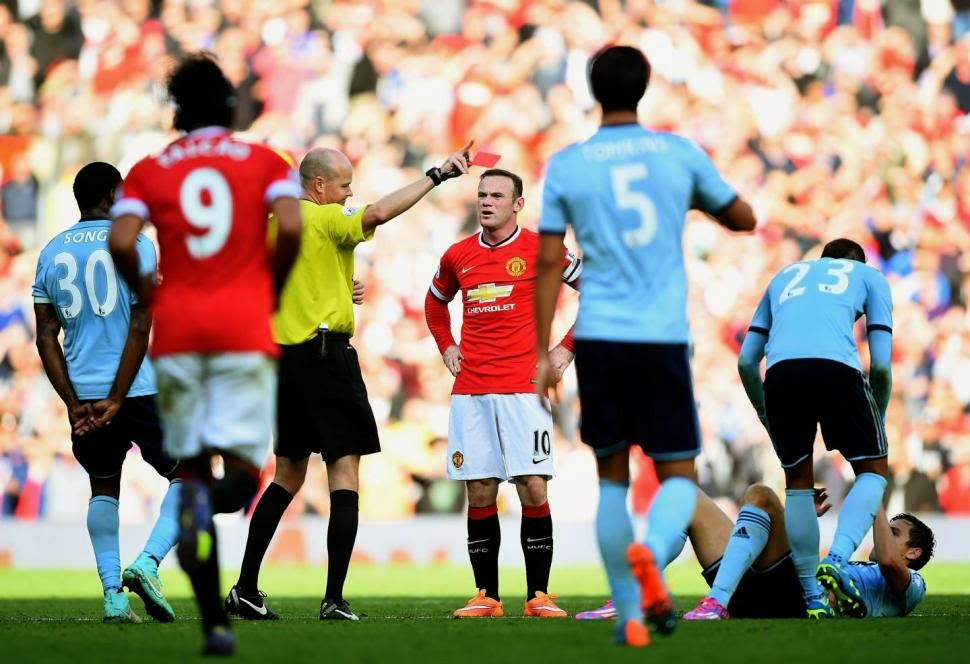 Rooney lashed out at Stewart Downing, with West Ham on the counter attack and the forward was correctly dismissed and he will miss the next three Premier League matches.

The 28-year-old said: “I knew at the time that I misjudged it.


“It is a red card and I don’t think it will benefit anyone to appeal against the decision.
“It was probably the right decision. I saw the West Ham player making a counter-attack and I tried to break-up the play but I just misjudged it.


“I apologised to the lads. It was a dangerous situation in that they were trying to break on us but I have no complaints.


“I have tried to trip him up and, to be fair to him, he got further away from me and that is why my leg is straighter than it should have been.


“As he pushed the ball away, my leg has straightened out and that is obviously why the referee has deemed it as a red card.”

Rooney will miss United’s matches against his former club Everton, a trip to West Brom as well as a huge clash with the league leaders Chelsea.