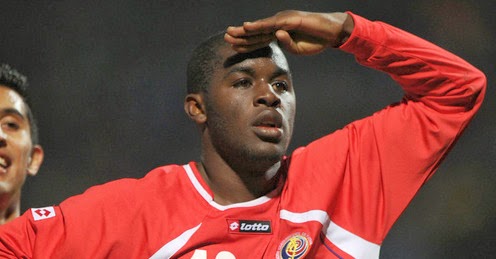 
The Arsenal forward was closely linked with a move to Galatasaray this summer. Lions club official Cenk Ergun was reported to have held talks in London with the Gunners over Campbell but the deal fell through.

Lions president Üanl Aysal admitted that he wanted Campbell during the transfer window but that Arsene Wenger was refused to reach an agreement over the 22-year-old.

"Yes, I wanted him for our team but Arsene Wenger has said he wanted to keep him in the squad and benefit from having him this season," Aysal said.

Wenger ruled out a move for Campbell this season and the Costa Rican international decided to stay in London.

"We've had lots of enquiries and turned them down. There have been plenty of clubs interested, but I don't know how many," Wenger said.

"Once I say to my assistant he won't go out on loan, even if people ask about him, my assistant doesn't even tell me. When I say no it's no."

Campbell has spent just 22 minutes playing for Arsenal this season and has been left out of the team squad for three consecutive games.

The 22-year-old spent last season on loan at Olympiakos where he scored 12 times and provided 12 assists in 40 appearances.