Liverpool Back Where They Belong

Liverpool Back Where They Belong 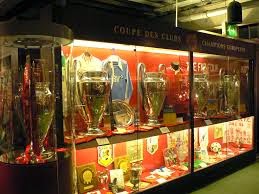 Liverpool FC fell that they are back where they belong. The Reds spent almost one year in the UEFA Champions League wilderness for each of the five times they have won Europe’s greatest prize


With all due respect to the Merseysiders’ first two opponents in this year’s competition, the fixtures against Bulgaria’s Ludogorets Razgrad and FC Basel of Switzerland will hardly have quickened the pulse. All eyes will instead be trained on the back-to-back matches against the reigning European Champions, Real Madrid.

Anfield plays host to the first match on 22nd October and there is sure to be a scramble to get tickets for this epic match. The famous old ground was witness to an extraordinary game the last time these European giants met in March 2009.

The Madrileños, fielding a side that included the likes of club legend Raul, Wesley Sneijder and Arjen Robben, endured a torrid time as Liverpool ran riot. In the end, a 4-0 scoreline actually flattered Madrid, with only Iker Casillas standing in the way of total humiliation.

Steven Gerrard and Martin Škrtel are survivors from the Liverpool squad that triumphed last time round, the former scoring twice. Liverpool are still trying to get used to life without Luis Suarez and a similar scoreline certainly looks unlikely. Brendan Rodgers is attempting to craft a midfield around his ageing captain and there are those who claim that Gerrard’s influence in matches is waning.

He is more defensive-minded these days, of course, rather than the box-to-box midfielder he used to be but his recent goal against Everton shows that he can still inflict damage on his opponents.

Back in 2009 though, the star of the show that was one Fernando Torres. Although he only netted once, scoring the opening goal of the night, the ex-Atletico Madrid forward tormented his former club’s great cross-city rivals with a virtuoso performance.

This time round, there can be no doubt that the star forward expected to be at the centre of attention when the two sides meet will be Real Madrid’s Cristiano Ronaldo. With not a small amount of symmetry, as Torres was to Real Madrid in 2009, so Ronaldo is to Liverpool in 2014.

The Ballon d’Or winner just happens to have very strong links to the club that Liverpool view as their own arch-rivals, Manchester United. On his last visit to England, at least until the action on the pitch began, Ronaldo was treated to a returning hero’s welcome. He was lauded, cheered and feted by the Old Trafford crowd—sections of which have shown recently that they still hold a torch for him—before he proceeded to put them to the sword.

The welcome for Ronaldo at Anfield will be a sideshow of a very different variety to that which he received at Old Trafford.

Anfield is a true home for European football. Liverpool supporters relish the thought of playing host to the elite under floodlights and the atmosphere on such nights can often serve the purpose of the fabled “twelfth man.” You can be quite sure that when Real Madrid arrive in late October, though, the welcome mat is unlikely to be laid out for all of their visitors.
at 11:05 PM
Email ThisBlogThis!Share to TwitterShare to FacebookShare to Pinterest
Labels: Champions League, Liverpool, Real Madrid, UEFA Champions League