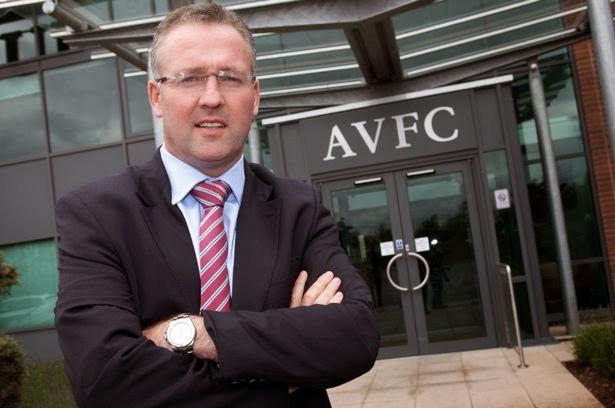 Aston Villa manager Paul Lambert has signed a new contract at Villa Park. After an impressive start to the new Premier League season, the Scotsman has been rewarded for his club's decent work


Lambert has extended his deal at Villa Park until June 2018 after winning three and drawing one of their opening four league matches, including an impressive 1-0 win over Liverpool last weekend.

"I'm delighted to have the support of our chairman, Randy Lerner, and Tom Fox, our new chief exec, and I'm determined that we continue building the club to where we all want it to be," Lambert said.

"This is a massive football club, a fantastic football club. I knew the first two years would be tough but we've made progress and now we're beginning to see the benefits of all of that hard work. We're in a much healthier position on and off the pitch and we believe we're on the right road to build upon the strong start we've made this season."