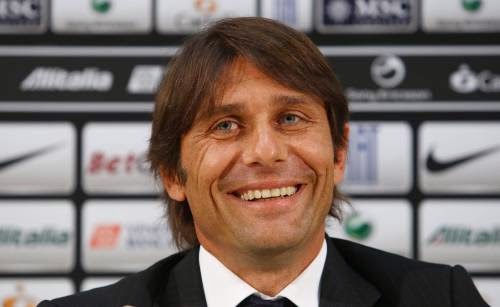 Antonio Conte has claimed Italy will bounce back, after their disappointing World Cup campaign that saw them eliminated at the group stage

The former Juventus manager was appointed as the new head coach of the Italian national side last week and was officially unveiled yesterday.

"I am excited and very proud to represent Italy," Conte said. "I Realise I join the national team at a delicate time after a negative experience at the World Cup, but I am convinced that Italy will rise again.

"Italy have won four World Cups and need to return to the place where they belong.

"I live to win and I search for wins, I am here to bring that mentality. I hope I will lose very little with the national team. "

He replaces Cesare Prandelli as Italian manager, who left following their early World Cup exit, despite taking them to the European Championship final in the 2012th

"I salute Prandelli, who had been the coach for four years and did a great job," Conte said.

"I spent an intense, beautiful and successful three years at Juventus that naturally came to an end. I really did not expect to be given a job after 35 days (of leaving Juve).

"I was going to take some time to update my tactics, improve my languages ​​and wait for an offer from a top club later in the year.

"Italy represent a top club and the challenge intrigued me.I am in the place where any coach would love to be.

"Italy have won four World Cups and, behind Brazil, are the second most important national team in the world."

Conte's contract also includes bonuses for qualifying for Euro 2016, reaching the final, and improving the Azzurri's World Ranking by five or more places.

"We had to choose someone of excellence," new FIGC president Carlo Tavecchio said. "Conte is one of the most important coaches in Europe.

"We need a commander in what is a very delicate time as we look to emerge from a difficult situation that happened in South America.

"You can not get a leader at a low cost, we needed to get the best and we considered our budget when doing so."

Italy then begin their Euro 2016 qualifying campaign away to Norway five days later.