Paul Lambert: Vlaar is not for sale

Paul Lambert: Vlaar is not for sale 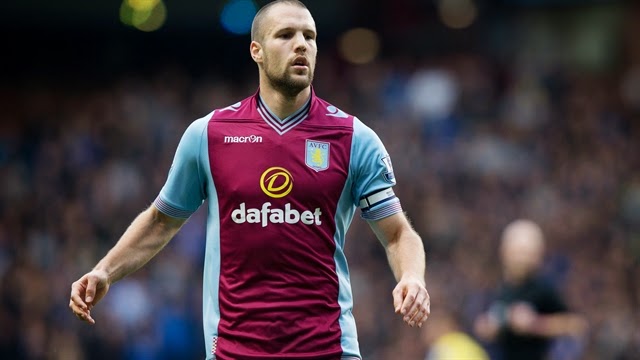 Aston Villa manager Paul Lambert has told those interested in defender Ron Vlaar to forget about making an offer!

Vlaar excelled for Netherland at the 2014 World Cup and was man of the match in their semi-final penalties defeat to Argentina.

Queens Park Rangers and Southampton have been linked with a move for Vlaar, however Lambert has insisted he isn’t for sale.

He said: “Ron would definitely be an option. But I think he won’t be cheap right now. Let’s just wait and see.”

Lambert admitted he was annoyed that the new Southampton manager Ronald Koeman had expressed an interest in a player who is under contract at another club.

Lambert said in The Sun: “Ron is not only an Aston Villa player, he is our captain.

“He has one year remaining on his contract and he is staying here.

“We will be talking with him in due course about extending his deal and we are confident those talks will be positive.

“Ron has always said that he is really happy here and has done nothing to suggest anything has changed.

“None of this speculation is coming from him, or anyone connected with him.

“We aren’t selling. It is as simple as that.”