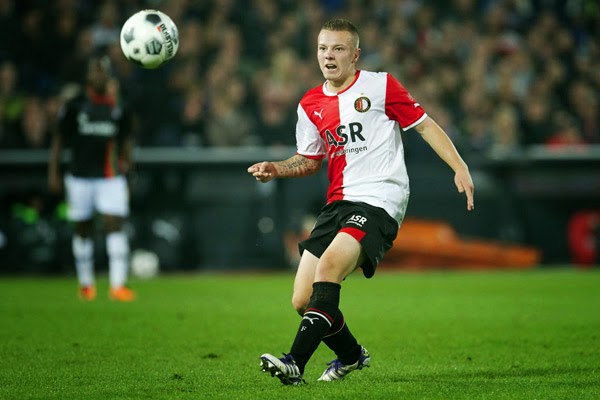 According to the Dutch media there is a lot interest in Jordy Clasie. After FC Porto also Southampton and Lazio Roma shown their interest in the quick midfielder of Feyenoord

Jordy Clasie is probably going to be Feyenoord’s next captain in the home Champions League match against the Turkish side Besiktas next week.

General Manager Martin van Geel: ”If we sell Stefan de Vrij it is done. We also want to have a strong team this year so we don’t sell our whole squad.”

Up until the beginning of this week their was no interest in Stefan de Vrij though. That was a big surprise for Martin van Geel and Feyenoord. ”The transferwindow is open for long time, I think that will come”.